KOZHIKODE, Kerala, I--(뉴스와이어) 2021년 02월 16일 -- The Gender Campus in Kozhikode, Kerala was inaugurated by Chief Minister of Kerala Pinarayi Vijayan on Feb 14th. The ceremony marked the functional launch of projects, programmes and completed facilities at the campus, where the second edition of the International Conference on Gender Equality (ICGE II) was held from 11-13 Feb, 2021.

Working under the Department of Women & Child Development of the Government of Kerala, The Gender Park aims to become a premier convergence point for all gender-related activities. With UN Women as equal partners, it will be developed into a South Asian hub for gender equality.

Lauding this novel initiative, the Chief Minister said, “The Gender Park should be a model not just for the country but also the world.” The new projects at the campus include the Gender Museum, Gender Library, Women in Sustainable Entrepreneurship Fellowship (WiSE). The campus will also house the International Women’s Trade Centre (iWTC) along with other facilities like the International Convention Centre and an Amphitheatre. As part of the inauguration, the Chief Minister unveiled the miniature model of iWTC.

The functional launch follows the successful completion of ICGE II hosted by The Gender Park in association with UN Women. The three-day conference themed “Gender in Sustainable Entrepreneurship and Social Business: The Mediating Role of Empowerment” was the first step towards developing a gender inclusive policy framework for sustainable social business. The conference saw the presence of prominent people including KK Shailaja Teacher, Minister of Health, Social Justice and Women and Child Development of the Government of Kerala, who is also the Chairperson of The Gender Park’s governing body.

With 90 internationally renowned speakers from over 20 countries, including researchers, entrepreneurs, development and policy practitioners as well as activists in the field of gender equality, the conference emphasized the need for promoting women and transgender persons’ participation in socio-economic activities and empower them to become sustainable entrepreneurs. The conference conducted in a hybrid form was held with strict adherence to COVID-19 protocols. The themes and discussions were in consonance with the United Nations’ Sustainable Development Goals (SDGs). In this context, the conference was organized as the first carbon neutral event in Kerala highlighting the state’s continued commitment to achieving SDG-objectives by 2030. 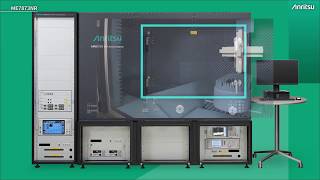